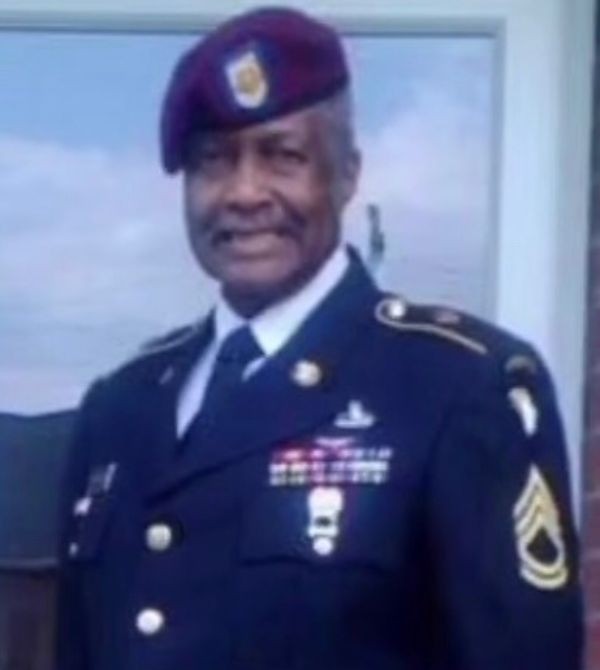 Adolph VanHeyningen, 78, finished his race on November 3, 2021, after an arduous battle with Multiple Myeloma. He was surrounded by his loving wife of 22 years and family, at home, as his unbroken spirit entered into well-deserved rest.

He was born on the beautiful island of St. Thomas, Virgin Islands on January 12, 1943, to Henrique VanHeyningen and Beulah George Monsanto. Adolph was raised in the home of his adopted father, Leon A. Monsanto, Sr., along with his other siblings. He attended Nisky Elementary and Charlotte Amalie High School. He was a U.S. Army Veteran, having served during the Vietnam War and Desert Storm and was awarded many honors.
He represented the U.S. Army exceptionally, and wore his uniform with pride and dignity. You didn’t have to guess at one of his many positions, because his stance and posture told it all…”Drill Sergeant”. We often had to remind him, “Hey dad, we’re your kids. Change your hat!”

Adolph was a devoted husband, father, grandfather and great grandfather. He was a true born leader and mentor to many. To most he was “Sarge”, but to family he was “Daddy” “Pops”, “Poppi”, “Paw- Paw”, “Pop- Pop”, “Granddaddy”, “The General”, “Mr. Favor”, or all the above.

However, the best name of all was “Man of God”, right alongside of “the King”, which is what his wife, Gloria, often referred to him as. Likewise, for him, she was his “Queen”. He was an active and faithful member of Word of Life Christian Center International (WLCCI), where he tirelessly served his church and community. And we will all remember, these 4 words, that no matter how Adolph was feeling, when you asked him, “How are you doing?”, his response would always be “Blessed and highly favored”!

To order memorial trees or send flowers to the family in memory of Adolph Vanheyningen, please visit our flower store.