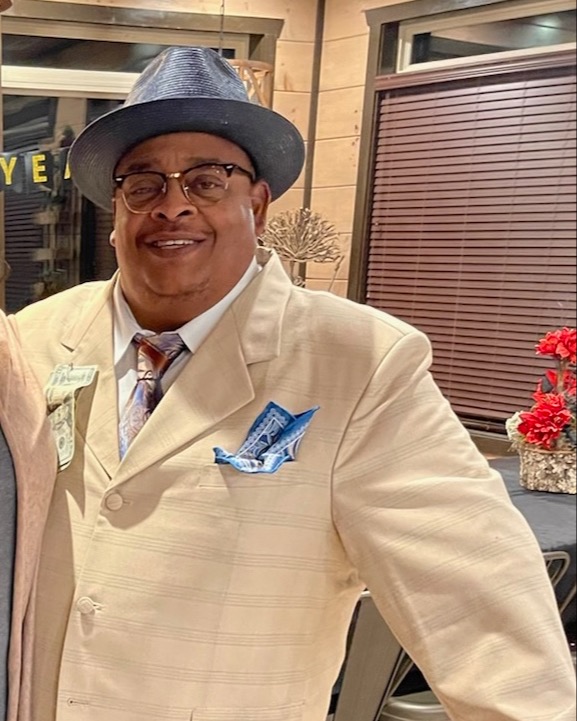 Hand delivered by a local florist

Calvin Darrell Washington was born on September 28, 1957 to Virginia and the late Clifton Washington and Harold Joe Knight (Biological father) in Detroit, MI. Preceding him in death are his sister, Tamara Suzette and his Granny Ruby and Grandad Lonnie Payne. Family was important to him, and thankfully he grew up surrounded by a plethora of aunts, uncles, cousins and friends.

Calvin was introduced to Christ at a very young age and always believed in the Lord throughout his life. He loves spending time with his family and he will truly be missed!

Calvin graduated from the Detroit public school system. Career wise, He started off with the Board of Education and since then has had numerous jobs in life. His passion lied in the restaurant business, being a District Manager for a KFC Franchise. Calvin was blessed with a voice that you knew when you heard it. He would use it while singing (apart of Masters of Harmony in his younger years), he would use it to make you laugh, or he would use it to chew you out…your choice. He, also, enjoyed dancing, playing cards, and Styling and Profiling. Drag Racing, however, was a true passion and hobby. He loved     to watch cars race, whether it was on the TV or at an actual drag strip, He was all in. Just recent, He was in the process of building his own car, so that it can become a family hobby.

On October 28, 2022 Calvin went on to be with the Lord. Left to celebrate his life and cherish his memories are his Wife, Aretina; His Daughters Collette, Cornell, and Cierra ; His Sons Calvin Jr. (Kelly) and Christen(LaShaya); His Grandchildren Ariana, Alvin, Zoey, Aiden, Airen, Collin, Jaylen, Aubrey, Jaidah, Caiden, Cameron; His Brothers Broderick (Chanita), Terry (Nicole), Kenny, Sherman (Lanette), Walter (Jiovanni); His Sisters Dionne(Micheal) and Fraun; and a host of nieces, nephews, cousins and friends.

To order memorial trees or send flowers to the family in memory of Calvin Washington, please visit our flower store.
Send a Sympathy Card