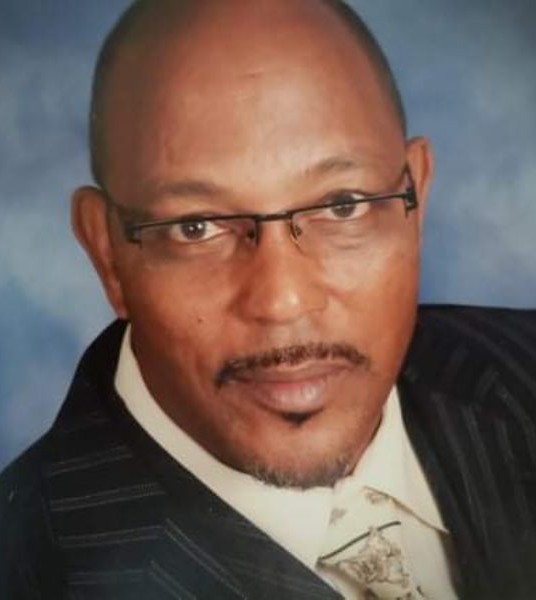 Charles Clark, Jr.- a loving father, grandfather, brother, son, and friend. He was the first-born child to the late Charles Clark, Sr. and Virgie Evans in Jackson, Michigan on August 28, 1956. Charles was a proud graduate of Paducah Tilghman High School, in Paducah, Kentucky. In 1982, he received his diploma in Graphic Arts from West Kentucky State Vocational- Technical School. As a child, he gave his life to Christ at Ninth Street Church of Christ in Paducah, Kentucky. As a young adult he moved to Nashville, and soon after, became a member of Jackson Street Church of Christ. Throughout his time in Nashville, he nurtured his entrepreneurial spirit as an independent vendor for Nashville’s sporting and entertainment industries and quickly became a familiar face at Titan games and other sporting events around the city. Charles was also the founder and owner of Clark’s Cleaning Service in Nashville. Charles was a devout member of his neighborhood’s homeowner’s association where he served on the board, was involved in the neighborhood watch program, and provided lawncare services throughout the subdivision for many years as a staple in the community. Although a man of service, during his leisure, you could often find him playing cards or dominos, or watching sports with his close friends. Charles’ infectious smile, contagious laugh, and impeccable sense of style will be missed by many, far and near. Charles was preceded in death by his father, Charles Clark, Sr., his brother, Eugene Gill Clark. However, he leaves so many behind to cherish fond memories his Mothers: Virgie Evans, of San Bernardino, California and Robbie Clark of Nashville, Tennessee; Two Daughters: Cherese (Christopher) Clark-Wilson of Atlanta, Georgia and Lauryn Clark of Nashville, Tennessee; Two Grandchildren: Londyn and Chancellor of Atlanta, GA; Three Brothers: Tony (Megan) Clark of Highland Lakes, New Jersey, Ronald (Debra) Clark of Murfreesboro, Tennessee, and R.J. Jones of Clarksville, Tennessee; Four Sisters: Frances (Raymond) Caison of Paducah, Kentucky, Sandra (Omah) Clark-Smith of San Antonio, Texas, Anissa Watkins of Nashville, Tennessee, and Venetra Jones of Nashville, Tennessee; Three Uncles: James (Helen) Clark, R.L. (Gerone) Clark, Sr. of DeSoto, Texas, and Cornelius Clark, Sr. of Nashville, Tennessee; and a host of Nieces, Nephews, Cousins, Relatives, and Friends. Visitation Saturday, Oct. 23, 2021, 11-12 with funeral to follow at Scharder Lane Church of Christ.

If friends or family would like to write a letter of love to Charles, please do so and give to Funeral Home to be placed in the casket with Charles.

To order memorial trees or send flowers to the family in memory of Charles Clark, Jr., please visit our flower store.