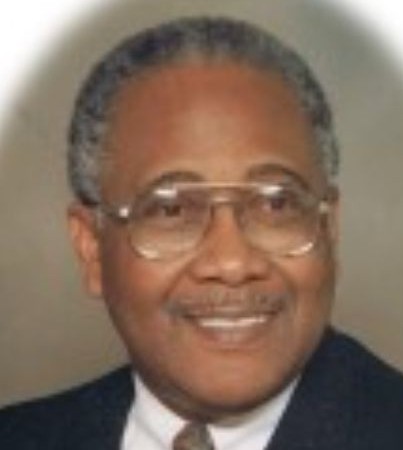 We celebrate the life and legacy of Mr. Donald Lee Akins who transitioned into eternal life on September 19, 2021, at his residence. Born in Miami, Florida on March 21, 1940, he was the eldest son of Clementina and Daniel Akins. He accepted Jesus Christ at an early age and was a member of Lake Providence Missionary Baptist church since he joined in 1988.

His early education was in the Dade County School Systems, graduating from Northwestern High school in 1959. After high school, he later continued his education and received an Associate degree at Fisk University in the1961. Don remained in Nashville upon graduation and began his career at the Bellsouth Telephone Company as a technician. He remained there until he retired at the age of fifty-six. After retirement, rest was not for Don, so he began working at Thomas and Associates as a property appraiser.
He married Wanda Everett and to this union four loving children were born; Donnell, Desmond, Gabriella, and Michelle Akins.
He later married Lillie B. Tate on October 20, 1984. She was his faithful wife until his transition into eternal life.
Donald was very dedicated to his high school and classmates. He looked forward to his class reunions and proudly boasted that he attended his 20th, 30th, 40th and his last reunion he attended was his golden. Don’s favorite pastime was working with computers and other technical gadgets. He also loved to watch movies and had an extensive collection of movies in his repertoire. He was a resolute volunteer with the American Red Cross for several years.
Donald was preceded in death by his parents, Clementina and Daniel Akins and his daughter, Gabreilla Akins.
He is survived by his wife, Lillie B. Akins; his sons Donnell Akins (Loria) Jacksonville, FL,
Desmond Akins (Trisha) Birmingham, AL, daughter Michelle Akins of Mount Juliet, TN
and seven grandchildren LaTonya Holt Welch (Terrence), Mikeya Akins, Darren Akins, Derrick Akins, Portia Akins, Douglas Akins, Tyler Harris; brother Dr. Daniel (Dr. Sondra) Akins; sister- in laws Hattie (Reginald) Williams and Shirley Tate; nieces Dana Adeyemi (Dr. Femi Adeyemi) , Yolanda (Kevin) Kidd; Tawana Williams, Meredith Akins-Pena (Julio C. Pena); nephew James Tate, and great grandchildren Alexa Welch, Paul Anthony Welch, Aniyah Welch, Bella Akins, Dylan Akins, Layla Akins and several other relatives and friends. Visitation Wednesday, September 29, 2021, 11:30-12 with funeral to follow at Lake Providence M.B. Church. Entombment Greenwood Main.

To order memorial trees or send flowers to the family in memory of Donald Lee Akins, please visit our flower store.