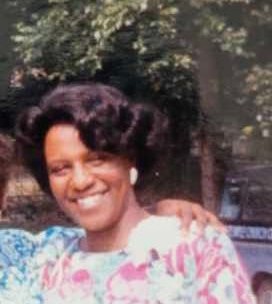 Dorothy Rose White Baxter was born on July 18, 1943 in Nashville, Tennessee.  She was the first of five children born to Samuel Elijah White and Ella Mae Copeland White.  After a brief illness she transitioned from this life on March 08, 2022.

Dorothy graduated from Pearl High School in Nashville, Tennessee.  She never lost sight of her goal to pursue higher education.  Later in life, she further her education by attending Tennessee State University and receiving a Bachelor of Science degree in Criminal Justice.

Dorothy was previously married to Allen Baxter, Jr (deceased) and four children were born to this union.  Dorothy worked at Armstrong Tire Company for several years and subsequently for Pirelli Tire following their purchase of Armstrong Tire Company.  She volunteered to serve her country by joining the Tennessee Army National Guard and Tennessee Army Reserves.  Dorothy’s honorable 19 years of dedication and faithful service to the United States led to her earning the Army Commendation Medal and Army Reserve Components Achievement Medal.

To order memorial trees or send flowers to the family in memory of Dorothy Rose Baxter, please visit our flower store.