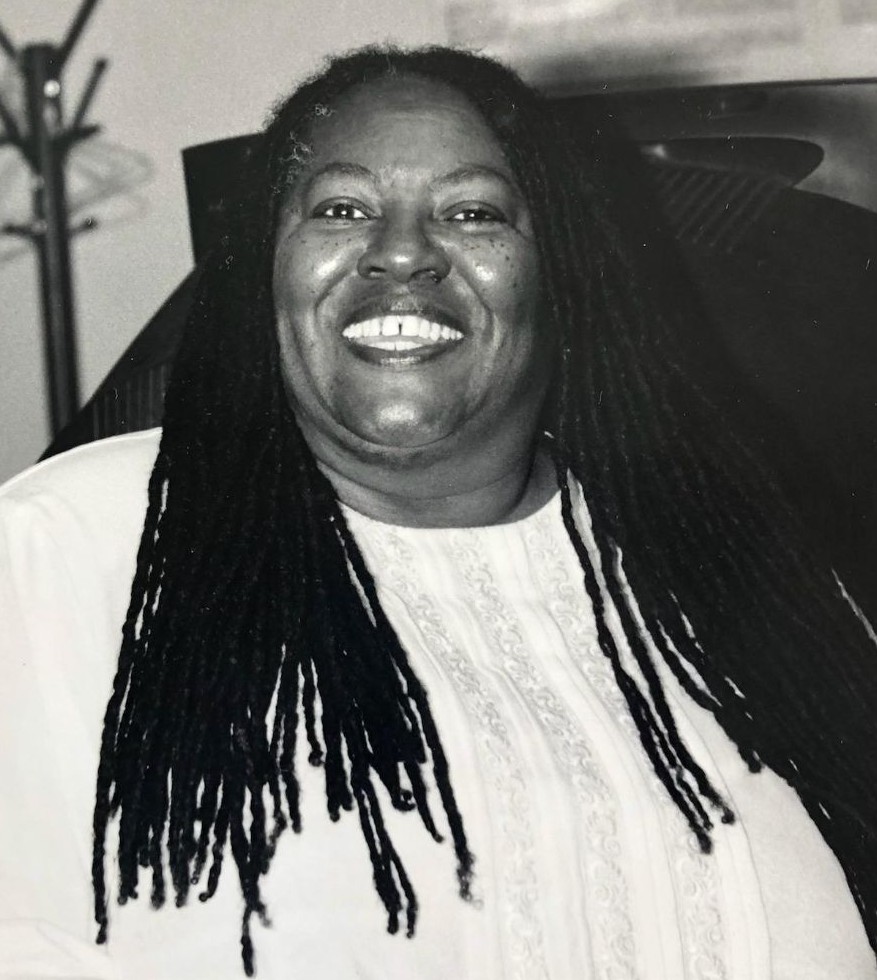 Alicelene was a pillar of strength for the Floyd family. She was a mother to all, pouring from a seemingly endless cup fueled by the power of her belief in agape love and radical compassion.  As the eldest of nine children, Alicelene was constantly nurturing the growth of her siblings as well as her own children, Ava and John.  As a young mother, Alicelene found time to nurture herself, too, rooting within herself a lifelong love of education.

Alicelene let her love of learning flow like a river for others. Where she found streams, she made lakes. And where there were lakes, Alicelene made rivers. After obtaining undergraduate and Master’s degrees at Tennessee State University, as well as a PhD in Biblical Studies from Emanuel Bible College, Alicelene became an expert in adult education. She set records at the Urban League for her award-winning programs that resulted in remarkable GED passage rates. Additionally, she was a principal educator at Riverbend Maximum Security Prison, where her gentle touch healed hearts as well as minds.

Brave and brilliant, Alicelene had a fire of justice, passion and righteous fury within her. An ambassador for the Black Diaspora, Alicelene embraced Blackness in all its forms. She celebrated Black joy as a founding member of the African American Cultural Alliance and co-creator of the beloved African Street Festival.  She burned for Black justice as a community organizer in North Nashville and Bordeaux as well as an organizer for protests against the evils of apartheid in South Africa. Alicelene’s impactful work led to her personal invitation to the 1984 Democratic National Convention.  Her tireless dedication to the communities she fiercely served was recognized by the National Association for the Advancement of Colored People (NAACP) with the Underground Trailblazer Award.

Alicelene was not all fire as she also set free her talent upon the world like a mighty wind.  She wrapped her ideas into poetry and honed her words into prose, publishing poetry and the book, Dare to Pray. She let her hair down on cruises with her best friends, and enjoyed mission trips to Haiti and Belize, always uplifting and enveloping hearts with her philosophies of love and spirituality.

But the elemental Alicelene was not to be ours forever. From the elements she emerged and, on April 28, 2022, she returned, as gently as summer rain, as softly as a breeze, as tender as the earth, and as warm as twilight embers.

Alicelene will never be forgotten. Wherever love exists, wherever joy exists, and wherever Black perseveres, so will Alicelene.  She will be deeply missed, and her legacy will be cherished forever.

To order memorial trees or send flowers to the family in memory of Dr. Alicelene Hunter, please visit our flower store.