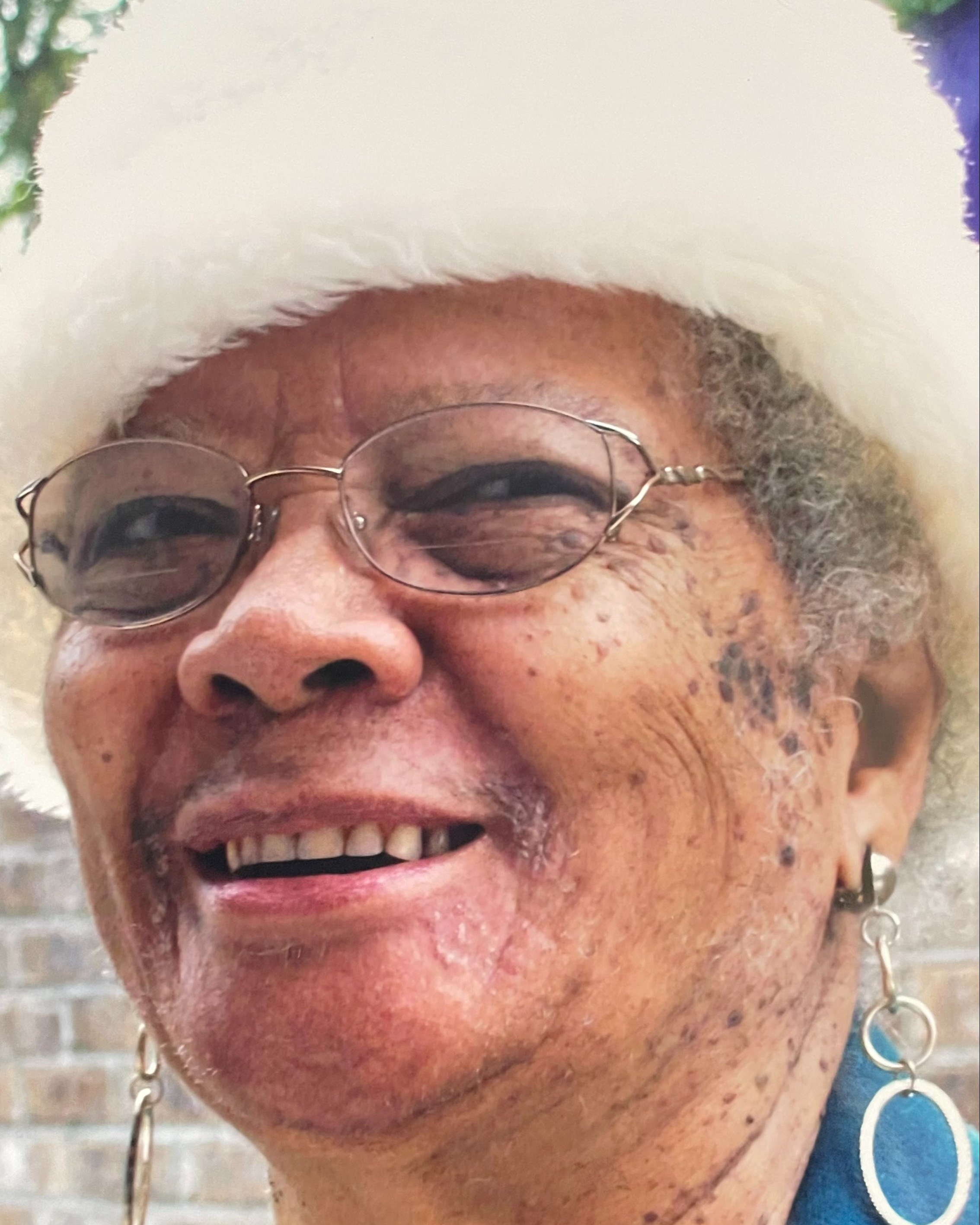 Evie Mae Jernigan Hyde was born on April 28th, 1927 in Robertson County, Tennessee. She was the seventh of eleven children and the fourth born daughter to Maudie and Johnnie Jernigan. She professed her life to Christ at an early age at Second Grove C.M.E. Church, where she was a lifelong member. She continued to praise the lord until He called her home on January 4th, 2023.

Evie was educated in the Robertson County public school system. She was married to Henry Hyde and while they had no biological children she stepped in to raise her niece Johnnie Gentry from an early age.  Evie was blessed with a host of nieces and nephews that she loved dearly which kept her home filled with love.  Her home was never empty and her family always had a place to stay.  Evie was blessed with a gift of sewing and made her first shirt for her father out of flour sacks when she was a youngster.  Evie found her occupational calling as a seamstress and operated a seamstress shop from her home, she was able to purchase her 1st car from her earnings as a seamstress.  Evie went on to work many years as a seamstress at Sam’s Men’s Store in downtown Nashville.  Evie maintained her home business as a seamstress and continued to create beautiful bridal and prom gowns long after retiring.

Although Evie loved her career, she had a greater love in God and Christ. Evie was a devoted member to her church, Second Grove CME.  She served on the Stewardess Board and was a representative for the church at the annual conferences for many years. She used her gift of sewing to make the first choir robes for Second Grove.  Evie went on to become the president of the Stewardess Board ministry where she would sponsor “Love Teas” to invite surrounding residents to fellowship at Second Grove. Evie would say, “all the people living around this church should feel welcome to worship here.”   She devoted herself to Second Grove C.M.E. church and worked faithfully until her health diminished.

Evie also known as ‘Auntie’ to nieces, nephews, and friends, built strong bonds of love with her family and their children. She made every effort to visit all her brothers, sisters, nieces and nephews. If anyone needed anything, be it a meal or a prayer she was there with a helping hand. She was a great listener and a strong shoulder to lean on and became a surrogate mother to the neighborhood kids.  She would travel many miles to take care of someone else in need.  Although she gave of herself, she was extremely independent. She trained herself to overlook her own needs for the care of someone else and lived on her own terms for many years.

While many knew Evie as Auntie her grandchildren and great grandchildren lovingly called her Grams.  They were the apple of her eye and loved her dearly. She would talk about their achievements and encourage them whenever possible.  Evie loved it when they called on her.  When asked, “How you doing Grams?”  Evie’s response would be “I’m just getting old and good looking”, which would always brighten their day.

Evie was both the Matriarch and the family historian. If anyone wanted info about their lineage she was the person to call.  She found pleasure in helping people connect to their roots.  She was asked many times to write down her knowledge concerning our ancestors and her response was normally, “ I’ll tell it, you write it!”

Auntie didn’t want the traditional funeral.  She wanted her family and friends to express fond memories of her relationship between them and how she impacted their lives.  Evie wanted the ones that knew her best to offer words of comfort to one another.

To order memorial trees or send flowers to the family in memory of Evie Mae Hyde, please visit our flower store.