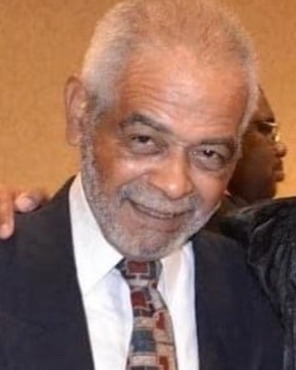 On Thursday, December 8, 2022, without warning, a dear husband, father, grandfather, brother, uncle and friend was called to his heavenly home.  He was found peacefully at rest in the comfort of his home. We felt, at first, so alone and friendless, but have the blessed assurance that God will make us aware of His goodness in the days and years to come.  How relieved we will be to know that there is no pain nor sorrow to come that will ever touch him again.

While grief is so fresh and the sense of loss so keen, it is not always easy to learn to not lean on our own understanding, but our gracious Lord and Savior will make the lesson clear to us if we look up to Him in faith.

On August 24, 1946, the book of life was opened for Harry Eugene Allen.  He was born to Willie Robert and Mildred Priscilla Allen, in Nashville, Tennessee, who preceded him in death.  He professed a strong belief in Christ at an early age at St. Luke Christian Methodist Episcopal (CME) church and remained a faithful servant in various capacities on many levels.

He married his junior high school sweetheart, Patricia Ann Coleman on June 22, 1969.  To this union three children were born: Camilla Yvette, Erick Eugene, and Harry LeWayne.  At the time of his passing, this union had reached 53 years.

Harry was educated in the Nashville public school system, graduating from Pearl High School in 1964.  He attended Tennessee State University, graduating in 1969 with a degree in history and political science.

Harry was employed by Metro Government in various capacities for many years.  He served Mayors Fulton, Boner, Bredesen and Purcell building and scaling job readiness programming that served young mothers who were tenants of MDHA.  He remained there until his retirement in 1994, due to disability.  He joined and was a fervent member of the local chapter of the Jaycees.

He was affectionally called Gene, Gramps, and Uncle Gene by many throughout Nashville.

In 1995, Harry was ordained as a Deacon in the CME Church and in 1996 was ordained as an Elder.  He served 14 years as Pastor of Andrews Tabernacle CME in LaGuardo, Tennessee.  After his retirement from the ministry, he returned to St. Luke CME Church and remained devoted to serving the Lord in any capacity presented to him, often serving at the Allen-Prather Annual Prayer Breakfast, Men’s Fellowship, and a surrogate father, chaperone and mentor to many in the Christian Youth Fellowship (CYF).

He cherished his time spent at Whites Creek High School as a band booster, where he served more than 15 years.  All three of his children and one grandchild were members of the band.  He was devoted to being the transportation to many band events and picking the children up from school.

Harry loved his family, spending many hours laughing, talking and playing games.  He was often called upon to provide food for family gatherings as he loved to cook and his cornbread and cinnamon apple fried pies were legendary staples.  Never isolated but often in solitude, he loved golf (especially computer-simulated), often found peace being outside in nature and loved planting flowers and plants. Jigsaw puzzles were his favorite past time.

Civic service was a clear passion of Harry’s.  Harry was devoted to his work at the John L. Glenn Residential Center and the Peggy Ann Alsup Arbors, both of which are part of St. Luke CME’s Housing Ministry.  He spent many years supporting the facilities until his passing.  He also served as a member of the Board of Directors before being elected as Chairman of the Board.  During his tenure, this affordable housing ministry for older adults grew in scope and service and continues to serve many of our neighbors today.  And as if Board Service was not sufficient enough, he established and led a weekly Bible study for more than 20 years.  During the academic year, he volunteered daily at the neighborhood school Robert E. Lillard, helping out wherever teachers needed him (making copies, monitoring the cafeteria, tutoring, or mentoring).  During the summers, he dedicated his time helping Blair Peters with a program for children called “Mentor to Motivate.”

To order memorial trees or send flowers to the family in memory of Rev. Harry Eugene Allen, please visit our flower store.