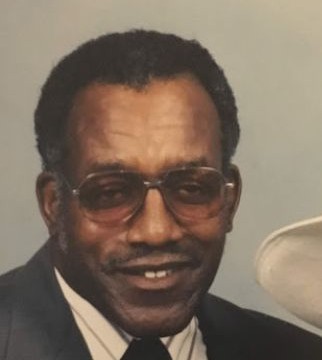 Homer was born on August 22, 1932 in Marvell, Arkansas to the union of John Johnson Sr. and Ida Branford Johnson. He departed this earthly life on Saturday, July 2, 2022 at Tennessee Valley Healthcare System VA, in Nashville, Tennessee.

Homer received his formal education in the public schools of Marvell, Arkansas. He continued his education by taking various college courses throughout his Army career and after.  On March 22, 1959, he was United in Holy Matrimony to Mertis Lee Clark, to this union four wonderful children were born.  They enjoyed 60 years of marriage, until her passing.

Homer professed a hope in Christ at an early age and was united with Pleasant Grove M.B. Church. Once relocated to Nashville, Tennessee, he and his family joined Faith United M.B. Church.

Homer enlisted in the United States Army in 1952, serving in Vietnam, Germany and various bases in the U.S.. While in the Army, he served in various positions of responsibility as an NCO and Chief Warrant Officer II. Throughout his Army Career, he received numerous decorations, medals, and badges. He retired from the Army with an Honorable discharge after 22 plus years of meritorious service.

After his retirement, he worked for Tennessee State University and various other jobs in Nashville, Tennessee.   He then went on to become the owner and operator of a Service Station/Auto Shop in his hometown of Marvell, Arkansas for many years. Homer enjoyed photography, videography, reading, traveling, auto repair, and helping anyone in need. He was a loving, devoted and wonderful husband, father, brother and friend. He will truly be missed by all who knew and loved him!

To order memorial trees or send flowers to the family in memory of Homer Jinnings Johnson Sr., please visit our flower store.