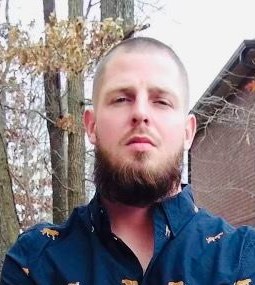 Ae 28, passed away May 29, 2021. Jason Manning Johnston was born July 19, 1992, in Nashville, TN, to Brad Brown and Donita Johnston. He passed away May 29, 2021, in Nashville, TN. Jason graduated from Stratford High School in 2010, where he created lasting memories and lifelong friendships. He was also part of the Stratford Spartan Track and Field team.Jason enlisted in the US Army were he proudly served his country. After completing bootcamp at Fort Sill, Oklahoma, he was stationed at Fort Bragg, North Carolina, where he served in the 82ND Airborne Division as a 1-321 Regiment Charlie Battery Paratrooper. He enjoyed many facets of life spending time with family, friends and fishing. Jason had a contagious spirit that would light up a room and a heart of gold. Jason leaves behind to cherish his memory; wife Destiny and daughter Ella Johnston; brother, Dusty Garrison, Cookeville, TN; sisters, Stephanie (Eric) Alexander, Nashville, TN; and Stacey Johnston, Cookeville, TN; nieces Carly Garrison, Aiyana and Aminah Alexander, and Ivie Thompson; nephews Joshua Garrison and Malachi Thompson; Cousin Brittany Polk; grandmother Willee Garrison and a host of devoted friends. He was preceded in death by his father Brad Brown, his mother Donita Johnston, his aunts and his uncle. Memorial Service Sunday, June 13, 2021, 2pm at Terrell Broady Funeral Home. Inurnment Middle Tennessee State Veterans Cemetery.

To order memorial trees or send flowers to the family in memory of Jason Manning Johnston, please visit our flower store.