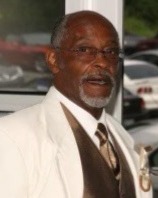 John Edgar Gibson, 73, passed away on Tuesday, December 27, 2022 at the Nashville VA Hospital. He was born July 4, 1949 in Chattanooga, TN. He attended St. Francis Catholic School and was a 1967 graduate of Notre Dame High School in Chattanooga, TN and attended Chattanooga City College. Edgar proudly served his country as a member of the United States Army. He was later employed by Southern Railway, Lockheed Martin, and Northern Telecom (presently known as AT&T). He enjoyed working on cars, reading, listening to music, working puzzles, and spending time with his grandchildren.

To order memorial trees or send flowers to the family in memory of John Edgar Gibson, Sr., please visit our flower store.