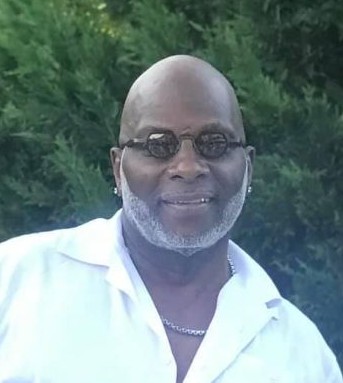 Lewis Brown, Jr., was born in Nashville, TN on January 29, 1962, and transitioned to his heavenly home on January 23, 2022, after a short illness at Ascension Saint Thomas Hospital Midtown.  He was the third child of six children, born to the late Lewis and Barbara Brown.  He graduated from Whites Creek High School in 1980 and was named “Best Dressed” by his peers. He worked at Bert’s Men’s Wear and Vanderbilt Hospital for many years.

Lewis confessed his belief for Christ at a youthful age. His love for good preaching, teaching, and singing led to his membership at various churches in the Nashville area. His current membership was at Gospel United Missionary Baptist Church under the pastorship of Bishop Carlos Jones. Every Sunday, you could find Lewis at the morning church service, the afternoon service, the evening service, and if there was a late-night service, Lewis was there also.  It was hard to not know his presence. Lewis not only had a big personality, deep voice, and huge smile but he was fun loving and a genuine good guy.

Lewis was a devoted and loving father, grandfather, brother, and friend.  He loved his children and family unconditionally; they meant the world to him. He would always talk about his "big" family and how he enjoyed family gatherings. Lewis had a beautiful spirit that captured the hearts of all that he encountered.

He never met a stranger and touched the lives of many people who will forever cherish his fun, loving and caring personality.

We will all miss Lewis, but he left so many laughs, so many memories behind that whenever we think of him, we will smile.

To order memorial trees or send flowers to the family in memory of Lewis Brown, Jr., please visit our flower store.