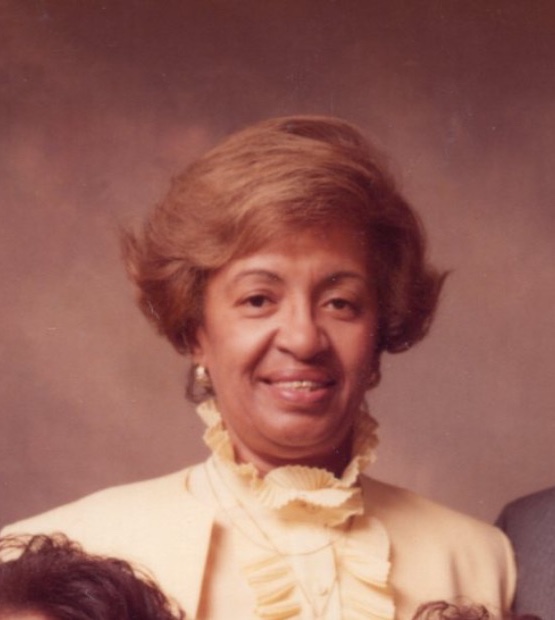 Our Precious Mother, Missionary Marvetta Celester Blakey Haynes, was born on January 6, 1927, in Clarksville, TN. She and her identical twin Marvenia were the last of 6 children born to the late Cozy Wooten Blakey and Julian Radcliff Blakey.
Mother Marvetta attended Bailey T. Cobb Elementary, and Burt High School, Clarksville, TN. 1946 was an amazing for her. She graduated high school and in that same year, married the love of her life, James Edward Haynes, on the 28th day of April. To this union was born three beautiful daughters, Cosa Wenda, Emma Grace, and Linda Marie. Additionally, in the year of 1946, after having been brought up in the admonition of holiness and righteousness, she received the Baptism of the Holy Spirit and joined the Church of God in Christ under the leadership of the late Bishop Aubrey King. As she grew in the ways of the Lord, she became a licensed Missionary and provided leadership in every area of ministry, serving on a national, jurisdictional, and local level. She served on the Hospitality committee, as president of the Young Women Christian Council (YWCC), and as a District Missionary, locally at Cathedral of Praise, as a member of the Women in Action for Christ, and President of the Communion Guild which she loved and relished; to name a few. Everyone that encountered her, immediately recognized that she was a consummate professional.
Mother Marvetta Haynes embodied the term “Trailblazing Career Woman”. She was the first African American licensed beautician in the City of Clarksville at Fort Campbell. She believed in being the best, looking the best and always worked in the spirit of excellence no matter the position. She was skilled, cosmopolitan, and stylish and attracted the states and community’s elite as she was named one of Tennessee’s top ten (10) beauticians. She was a stylist to the stars, notably she was hair stylist for international legions, Tina Turner (Recording Artist) and Track & Field Olympian, Wilma Rudolph.
Upon moving to Nashville, Mother Marvetta continued to advance her career and became one of the very first African American women to work at Vanderbilt Hospital as a perioperative nurse (surgical) and worked there faithfully for 25 years. After her retirement from Vanderbilt, Mother Marvetta took on a third career and served as a foster parent for 15 more years. Although there was no direct title or compensation attached, she was the family and communities’ Florence Nightingale. She was the quintessential mother and care giver, taking-in and caring-for the sick and needy throughout her entire life, up until her nineties.
Mother Marvetta Haynes…had an immense love for the church and God’s people. She loved with all of her heart mind, body, and soul; and gave of herself unselfishly and tirelessly.
On April 28th, 2021, on what would have been her the 75th Wedding Anniversary, Mother Marvetta transitioned and left us to receive her heavenly reward for all of her faithful cand committed service. She was preceded in death by her Mother and father, Cozy and Julian Blakey. Brothers William Blakey and Darrel Coffee, sisters Cozy Blakey, Louise Blakey Ramey, Ernestine Blakey. Clark, Marvenia Blakey Scott Mallory and daughter, Emma Grace Haynes Powell.

To order memorial trees or send flowers to the family in memory of Marvetta Haynes, please visit our flower store.