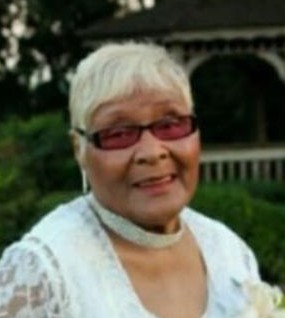 When an angel visits us.. We DO NOT hear their wings or feel their feathers.. We know their presence by the love they created in our hearts.. On September 20, 2022, at age 92 Mary Lucille Flenoy departed this life peacefully at her home. Mary Lucille Flenoy affectionately known as Miss Lou was born to the late Ervin and Maud Douglas on April 2,1930. A family that wrapped her with an abundance of love. She is preceded in death by her husband Fred Flenoy; daughter Dorothy Flenoy; son Steve Flenoy; brother; Edward Douglas Sr. grandsons; Stephen and Antonio Johnson, and Dedrian Clendening.

Miss Lou was educated in the Metro Nashville Davidson County Public School System. She worked at Coca Cola for many years and operated the elevator for News Channel 5, and later worked in Home Health Care. Miss Lou professed her hope in Christ at early age at Cowan Street Baptist Church under the leadership of the late Pastor Samuel Mason. In 1956 she was under the leadership of the late Pastor James Houston Johnson. In 1997 she was later guided divinely under the leadership of Pastor Louis C. Taylor where she served on the senior usher board and motherboard. Miss Lou was a kind, sweet, and a helpful lady. Once you met her you were guaranteed to have your day brighten by her infectous smile and loving spirit. She enjoyed going to church, spending time with family, and going to the casino. Her favorite scripture was Proverbs 3:56.

To order memorial trees or send flowers to the family in memory of Mary Lucille Flenoy, please visit our flower store.