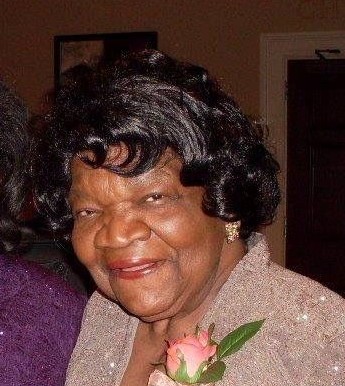 Mary Elizabeth Brown Bracey, the first child of Annie L. Brown Neely, was born in Jackson Tennessee, November 12, 1935. She attended the public schools of Jackson and graduated Valedictorian, Merry High School in 1953.  While in high school she played Guard on the women’s basketball team for four years. Following graduation, she enrolled in Tennessee Agricultural & Industrial State University (now Tennessee State University). During this time, she met and married James S. Bracey in November 1955. One daughter, Valerie was born to this union and a son, Ricardo, died during childbirth. In August 1960 she graduated from Tennessee State University receiving a Bachelor of Science degree, majoring in Biological Science.

Mary accepted Jesus Christ and was baptized at an early age at Berean Baptist Church, Jackson, TN. She later united with First Street Missionary Baptist Church in Nashville where she worshipped and served for 65 years as church Treasurer (for over twenty-five years), Youth Advisor, Choir #3 and Usher Board #2 Advisor, Choir #1 President, and Willing Workers Treasurer, she was a founding Advisor of the citywide B.M.& E. Conventional Choir in 1972.

Mrs. Bracey was a Metropolitan Nashville school teacher for 33 years teaching Algebra, Geometry, Chemistry, Biology, Math, and Science at Cameron, Central and John Overton High Schools, Wharton Junior High School and McMurray Middle School.  She served as the Half timers and Science/Math Club Advisor at many of the schools. Mary held membership in the Metropolitan Nashville Education Association, Tennessee Education Association, and the Tennessee Association of Middle School.

Her home was filled with love, laughter, and tasty food. She was considered the community counselor and Sunday meals were available for all stopping by. Often you would hear her say ”you can do anything if you put God first and let him lead you”.  One of her favorite quotes was “There is nothing so great in this world as to be distributed through the lives of others.”  Several people found her home to be a refuge.

In this life we are called to bear a burden of a long twilight struggle. Year in and year out, rejoicing in faith and hope, patient in trials and tribulations, we bear the struggle to the end. The end came for Mary on May 15, 2022. She was preceded in death by her husband, James S. Bracey; mother, Annie L. Neely; stepfather, W.J. Neely; sisters, Annie C. Douglass and Sadie L. Glass and God Daughter Deborah Jones Craig.

To order memorial trees or send flowers to the family in memory of Mary Elizabeth Brown-Bracey, please visit our flower store.