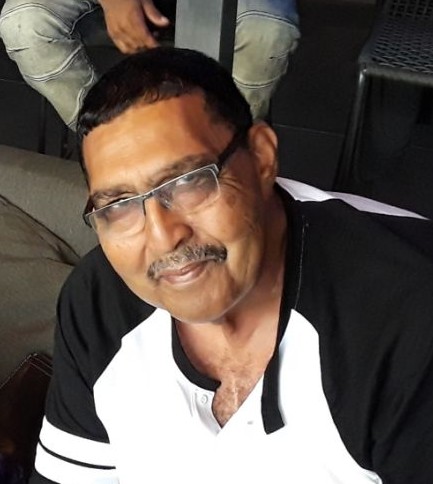 Melvin Deforrest Wilson (Butch) was born in Madison, TN on September 22, 1952, to the late McFerrin Wilson and Ida Mae Wright. He entered eternal rest surrounded by loved ones on September 30, 2022.

Melvin affectionately known as “Butch” by ALL that know him, professed his faith in Christ at an early age at Mt Vernon M.B. Church, where he continued his membership until his passing.

Butch received his education from the Metropolitan Nashville Public School system and later enlisted in the United States Army and served until his honorable discharge.

He was the EPITOME of a hard-working man and PARAGON of integrity. Butch was employed at Madison Suburban Utility District, where he was a dedicated and extraordinary employee for 30 plus years.

Butch also owned and operated Wilson Masonry, where he truly loved and adored working in his element. He was truly blessed and gifted in his craft… Rarely having to advertise because his business operated successfully based upon word of mouth.

Butch was a great man and truly honored his family. He was kind, caring, and loving with a keen sense of humor. Often turning any conversation into a comical discussion. When he was not working, laughing, or creating memories with those he loved, you could catch him in front of a television tuned in – watching races or simply somewhere spreading LOVE!

Butch was truly loved and will be missed by all who had the pleasure of knowing him, but we find peace in knowing that absent from the body is present with the Lord.

A host of beloved nieces, nephews, great nieces, great nephews, cousins, and friends – too numerous to name, but in this family OUR LOVE REMAINS THE SAME!

To order memorial trees or send flowers to the family in memory of Melvin "Butch" Deforrest Wilson, please visit our flower store.