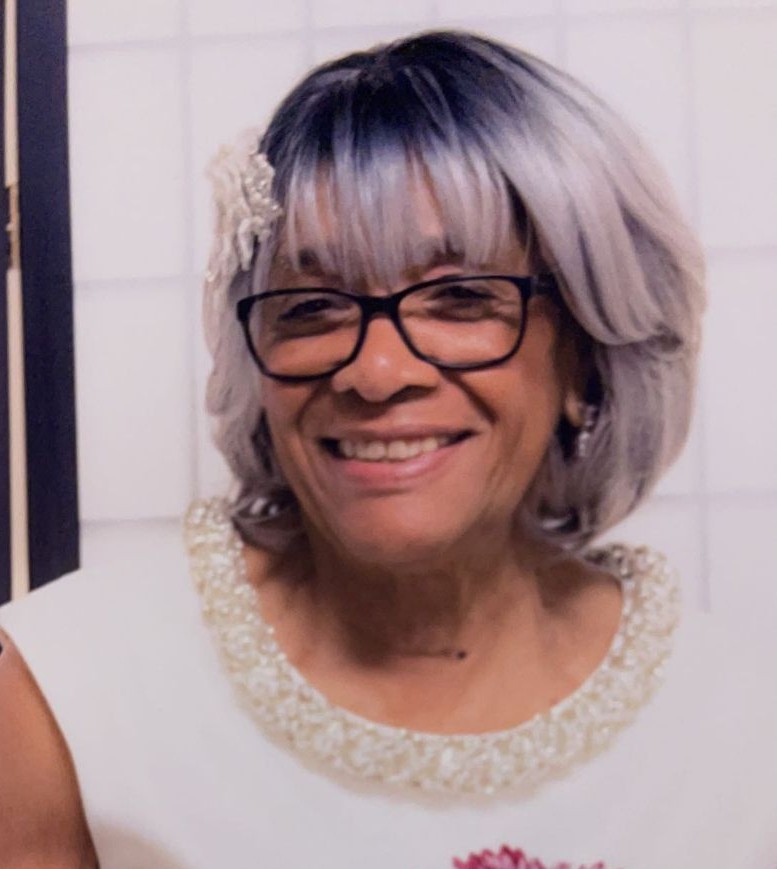 Nellie, or Ms. Nellie as most called her, was born in Farmville Virginia, June 27, 1937 to the late James Sr. and Polly Moseley (Gray). As a child growing up in Farmville, she was very active in academics and education of others, heading up academic and advisory boards in schools she attended. She was a quiet and shy child who stuck very close to her younger sister, Barbara for most of her childhood. Although she was the older of the two, she used to say that Barbara acted more like the "big sister". In fact, in the second grade Barbara sat in class with Nellie to recite the answers to the teacher. As she grew up the shyness and quietness faded and was replaced with a high level of intelligence, intellect, analytical skills and passion for education and helping people. Upon graduation from Booker T Washington High School, Nellie attended and received a B.A. degree from Norfolk State University in Norfolk, Virginia and as a dual student she attended and received a B.S. degree in Education from Virginia State University. Upon graduation she received her teaching certifications in Virginia, South Carolina and Michigan as she also received her Master's in Early childhood Education from the University of Michigan. She began her teaching career as an elementary school teacher and discovered her passion for developing learning guides and training aids for teachers. During segregation, black school districts were on their own in creating and sustaining an education curriculum. They depended on college graduates with new ideas, creativity and desire to help improve the current conditions to ensure our children have a chance as education was the vehicle for a successful future. Nellie answered the call to this charge as it fueled her passion and drive. At that time career opportunities outside of teaching were very few for African Americans so she continued her journey, all while working as an elementary teacher in South Boston VA. Her stellar performance earned her a recruiting opportunity to teach in Detroit MI. which she accepted. Doing so allowed her access to scholarships to continue to pursue her goal of obtaining her MA at the University of Michigan in 1971. Once again, her exemplary teaching performance opened another recruitment opportunity in the state of South Carolina. She earned her state teaching certification and worked there several years creating new ways of presenting data, formatting learning aides, etc. She later in life would also gain valued education from John Jay Criminal Justice College in NY and a Religious Studies Certification from Liberty University. She was and Always will be A POWERHOUSE! Nellie upon moving to New Jersey, It was during this time; she began to look for job opportunities outside of teaching and was offered an entry level position in the state of New York as a Patient Abuse Investigator at Willow Brook Development Center. This position changed her career trajectory for the next 37 years. She would help turn this into a model for other agencies to follow as she also helped bring forth and defeat the corrupt treatment of deplorable conditions at Willow Brook Developmental facility for physically and mentally challenged. She would then relocate to Manhattan and Brooklyn developmental Centers whereas Treatment Team Leader she would Champion her cause to help those less fortunate and create programs that would teach not only those that worked and resided there at the time but even until today, she also instilled this ethic into her children and loved ones! Upon retirement, yes retirement from NY State she still felt the need to help as her God Given purpose, she felt was not complete, she then moving to Virginia started her latter career with Piedmont Geriatric Hospital where she still lives in the lives of many to this day. As Director of Rehabilitation Services, she would continue to assist and collaborate with State Hospitals for program and mentorship development and training. All of this while still raising her family, she would later after Retiring for the final time Mentor and volunteer at First Baptist church in Hampton, Virginia since 2012. As a Born-Again Daughter of God, she made sure that ALL that came in touch with Ms. Nellie found the Words of God being shared with them in one way, shape or form she'd Always leave you with your spirit touched by God! It was that Holy Spirit type of inspiration that allowed for her to be introduced to the "Love of her Life", Mr. Eugene McKissack during that snowy winter day in 2017 while praying and thanking God for keeping her mind stayed on Him. In February 2017 Mr. Eugene's (affectionately called) granddaughter introduced the two and it was a Divine Connection they shared, upon realizing that they had both been successful parents and models of excellence in nurturing their families these two found their Journey of Love now being traveled together! This New Gift of Grace allowed them to wed in 2017 until her death, they cared, ADORED and CHERISHED their Love for God and One another! In addition to her husband of 4.5 years, Nellie leaves to cherish her memory two sons Rickie (Diane) Berry of (Virginia Beach, Va.), Richard J. (Regina) Berry (Stafford Va.); 3 daughters Traci Berry (Suffolk, Va.), Marva Moseley (Farmville, Va.), Brooke Coleman (Arlington, Va.) Four grandsons Antwan Parsons (Orlando Fl), Chris Pulley (Glen Allen, Va.), Raylan Stockdale (Portsmouth, Va.), Myles Berry (Stafford, Va.) and three granddaughters Jordan Howell (Akeem) and Alicia Moseley of (Farmville, Va.), Madison Berry (Stafford, Va.) also 5 Great Grandchildren, a host of nieces and nephews, In Laws and Friends that love and Honor her Always! She was preceded in death by 2 beautiful sisters and two brothers. In lieu of flowers please honor Nellie with a memorial tribute to Colon Cancer at the American Cancer Society at https://main.acsevents.org/goto/nellie105

To order memorial trees or send flowers to the family in memory of Nellie Coleman-McKissack, please visit our flower store.