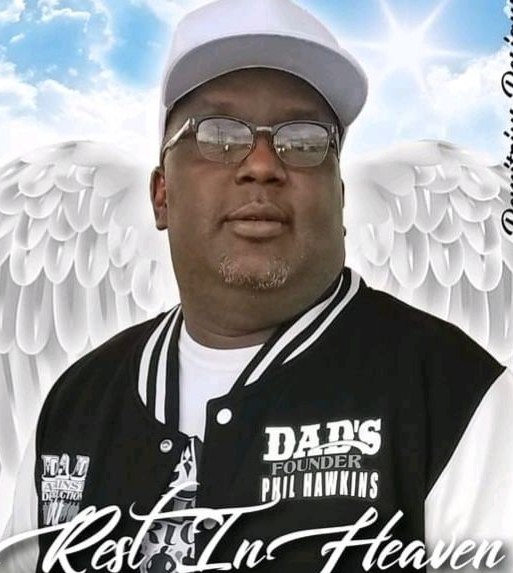 He was educated in the Metro Public School System. He was a member of Friendship MBC: A City of Grace. He was CEO of the DADS program and cooked for a living at many Nashville restaurants. He was showcased in the Nashville Diesel College Newspaper for his cooking talents. He was also awarded mentor of the year by the Varnell Foundation.
Phillip had a vision to get and keep as many dads in the home with their kids and families. He worked with a lot of agencies in the Nashville area within his DADS program. He also worked and mentored a lot of young men. He helped them obtain jobs, get out and stay out of jail. He was most proud of his 0% recidivism rate for the young men he had helped.
Phillip had a kind spirit and was always trying to reach out to help somebody - single mothers with kids, men get jobs, and the homeless.
He leaves to cherish his memories his devoted mother Mrs. Mamie L. Hawkins; estranged wife Mrs. Tiffany Payne Hawkins; five daughters; Jannika Newsom, Shanaye Hawkins, Philondria Hawkins, Kenyea Hambrick and Shalesha Payne; three sons; Devonte Hawkins; Marquise Ferby, and Michael Ferby. He had four sisters; Christie Hawkins (Toney) Watson, Karen Hawkins Neal, Phyllis Bradley, and Sharon Hawkins; 1 brother; Terry Jones. He was survived by a host of grandchildren; devoted niece Katie Nance and devoted nephew Phillip Cunningham and a host of other nieces and nephews. He had three uncles Henry Fite, Lewis Fite and Minister William (Lolita) Fite; six Aunts; Janice Cross, Lavenia Jones, Jacqueline Hackney, Annie Drake, Joy Hawkins, and Barbara Jones; twelve sister in laws and three brother in laws. Devoted friends; Mrs. Brooke Harlan-Evitts, Mr. Calvin Oden, and Mr. John and Diane Ransom and many other close friends and family.

To order memorial trees or send flowers to the family in memory of Phillip Henry Hawkins, Jr., please visit our flower store.