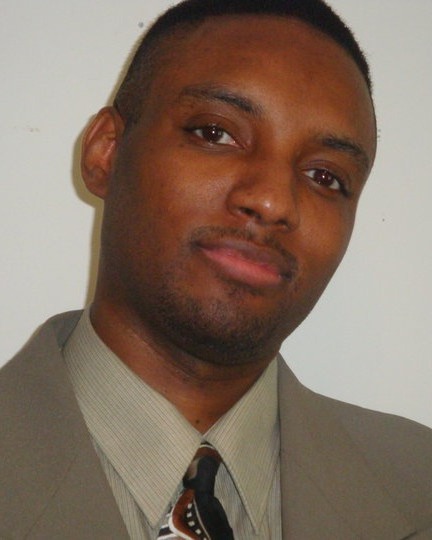 Quintin Jermaine “Brother” Mason was born in Louisville, Kentucky on November 21, 1973 to Katherine (Mason) Morrison and Kelvin Hughes. .  He departed this earthly life on December 18, 2022 at Vanderbilt Medical Center – Nashville, TN.
He graduated from Whites Creek Pike High School – May 1991.  Shortly after – Quintin enlisted in the Navy and served through boot camp and was released to serve in the Navy National Guards for two years. He was baptized in Jesus name at the age of nine at Greater Bethel Temple Church – Louisville, KY under the (Late pastor Dr. William Perry Foree). He received the gift of the Holy Ghost at Greater Christ Temple Church in 1998 – under the leadership of Bishop Sherman Merritt, Sr. DD.
After being released from the National Guard he began to pursue his musical career.  He purchased recording equipment and beat machines to record his songs. Being creative and talented he was a self-taught musician of the keyboards, saxophone, lead and bass guitar and drums.  He had the full package to produce his own music. His catalogue of written songs ranges from inspirational, empowerment and spiritual songs.
Quintin was preceded in death by his beloved sister LaTonya Renee Davidson.
He leaves to cherish his memories his mother Katherine Mason Morrison, his father Kelvin Hughes (Jennifer), his brother Andre’Hill, his sister Tranese Hughes, brother Jaran,  his brother in law Thomas Davidson Sr. (of his late sister – LaTonya Davidson), Nephews and Nieces: (Thomas Davidson, Jr. (Ruth), Terrence Davidson, Ezra Hill, Tamia Davidson), great niece and nephews ( Felix, Luna and Thomas Davidson III), Extended family Tasha Mosley (Herman) & Danielle Morrison, DeAsia Morrison – and a host of relatives and friends.
To order memorial trees or send flowers to the family in memory of Quintin Jermaine Mason, please visit our flower store.