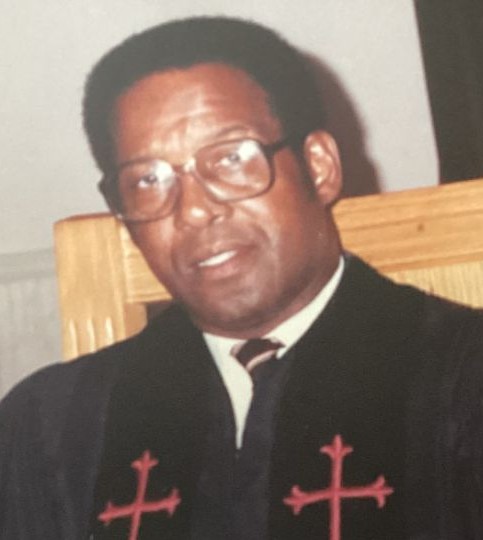 Reverend Donald Terry White was born January 20, 1940, to the late Gordon and Lee Andrew White.  He departed this life August 19, 2022. At Quality Center for Rehabilitation and Healing LLC, Lebanon, Tennessee.

Donald accepted Christ at a early age at Winter’s Chapel A.M.E Lebanon, Tennessee and also attended Second Missionary Baptist Church.  He was a graduate of Wilson County High School and Tennessee State University, Nashville, Tennessee.  He loved to read about history especially African American History.  As a speed reader, Donald would often read a book a night.  He loved his family and would come back to Lebanon to take care of parents, siblings, and other relatives.  You could look for Don to be at funerals of classmates, friends, and neighborhood acquaintances in Lebanon and throughout Middle Tennessee.

Don accepted his call to Ministry on September 14, 1981, followed by a certificate of Ordination.  He would later return to the African Methodist Episcopal Church and unite with Greater Bethel AMEC under the leadership of Bishop Clement W. Fugh.  After being ordained an iterant elder Don would pastor several churches in the Tennessee Annual Conference.  He retired from the pastoral ministry after 30 years of service.

In addition to his parents Donald was preceded in death by his son Ralph White, sister Johnnie Benita White, brother and sister-in-law Robert and Eddie Lee White and the love of his life, his wife Mary Elizabeth White.

To order memorial trees or send flowers to the family in memory of Rev. Don White, please visit our flower store.