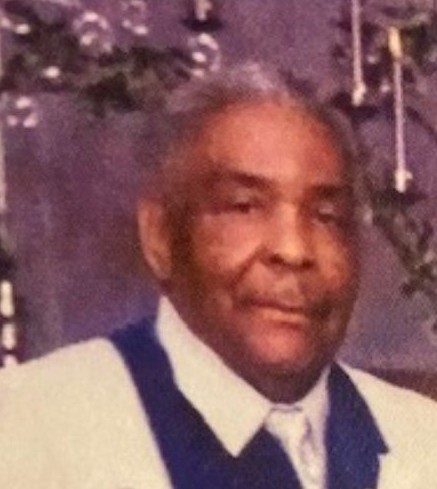 James S. Gooch born March 18, 1933 in Nashville, Tennessee transitioned from this life to be with the Lord on September 14, 2022. He was the oldest of three children born to the parents of James Gooch and Tom Ella Perry, As children, they lost both parents and were raised by their mother’s sister Mrs. Mamie Perry-Osteen. James was educated in Metro Public Schools as a boy he was baptized at First Street Baptist Church West Nashville.

In the fifties he served in the United States Army fighting in the Korean War. After his service he was honorably discharged. In 1961 his married, Martha Cox-Gooch, to this union nine children were born. Martha preceded him in death. James worked on the road as a truck driver and did Mechanic work on the weekends. In the 70s- 80s, James was a faithful and committed brother to International F&A Masons. Where he served for 20 plus years as a free will accepted Mason with St. Paul W.M. #9 and Catherine Sowell #13. Treas. Moses Grand Lodge; Tres. Int’l Masons Chorus and Tn. Grand Master. His hobbies were cooking and ‘boy could he cook”, gardening and working on cars.

Rev Gooch was ordained as a deacon in the late 80s, under the leadership of the late Pastor Harris at Mt. Bethel Baptist Church, January 21st, 1990, he was ordained by the late Pastor Benjamin Sweat and was given his Minister’s License where he served as an associate minister until his illness. He loved his church family and he wore many hats. He was a true man of God.

In the 90s, Rev. Gooch met his lovely to be wife Elizabeth Jones-Gooch. This union electrifed and they were married in November of 1996. This union was blessed with over 20 plus years of growing and enjoying life. Elizabeth went home to be with the Lord on December 22, 2020. Weeping endures for a moment, tears fall freely, but joy comes in the morning.

In addition to his parents and two wives Rev. Gooch was also preceded in death by four sons and daughters and a granddaughter.

To order memorial trees or send flowers to the family in memory of Rev. James Samuel Gooch, please visit our flower store.