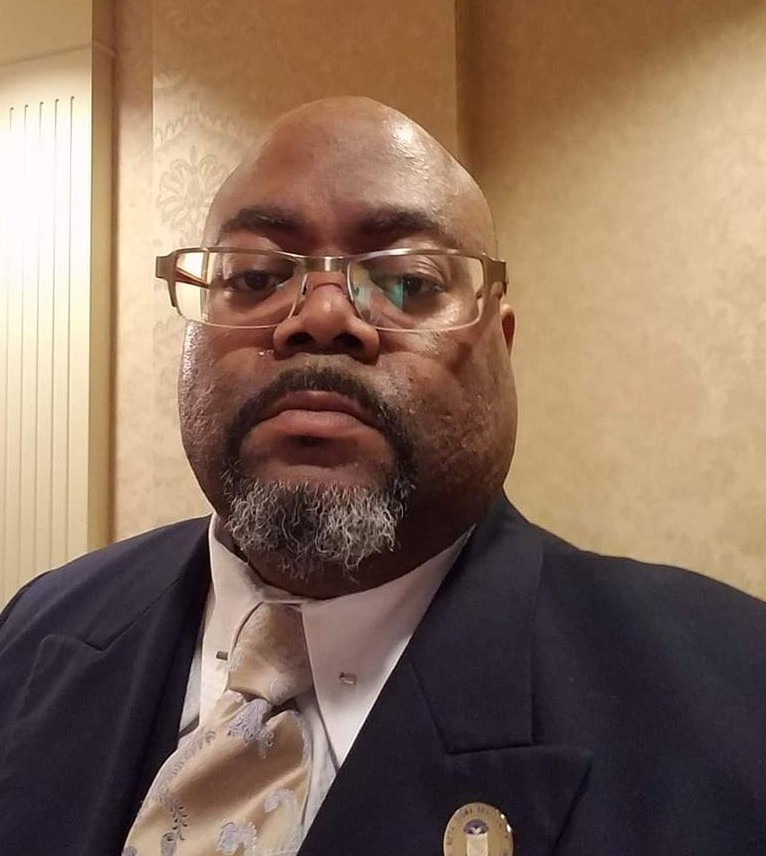 Rev. Eugene James Se’Bree passed away on Saturday, August 27, 2022 at his residence. He was born December 5, 1975 in Nashville, TN to the late Charles Phillip Se’Bree and Lenora Yokley Se’Bree. He was the proud brother to his siblings and was raised in the extended family of his maternal grandparents Callie and Harvey Epperson.

At a young age, James helped in his family’s C&E Construction business and joined his family on the road with the gospel quartet Sons of Glory as the equipment manager. He was always willing to help wherever he could. He enjoyed all the time spent with his grandparents including learning from them the art of feeding a family.

Because his grandparents were so active at Jefferson Street Missionary Baptist Church, James was also an active member. Beyond the lessons learned at church, he was educated in Metro Nashville Public Schools, and he graduated from Stratford High School where he enjoyed wrestling. While in high school he worked at Waffle House and Cinema South movie theater these were more than jobs but a means of helping out his family and building community.

Following high school he matriculated at Middle Tennessee State University in Murfreesboro, TN where he joined the illustrious Iota Mu Chapter of Phi Beta Sigma Fraternity, Inc. There “Legend” was born as he had many adventures in Greek life making many lifelong friends. After leaving MTSU, he briefly entered the Army and returned to Nashville where he was a devoted father to Torian and Jioni working at numerous jobs (Geotek, Sprint/T-Mobile, Mrs. Winners) to support his growing family. Soon Chandler was born and Daddy became his primary identity as his family was his world.

In 2003, after a chance invitation by friend William Young to attend the birthday party of someone he had never met, he knew within minutes he had met his wife, Monique Moultrie. Bre’s eventual wife saw this as a serious red flag, but later realized they would build a foundation that was true and strong. Monique was a student and soon so was Eugene. He entered American Baptist College to prepare himself for Christian ministry having been licensed at Jefferson Street in 2004.

He graduated top of his class from American Baptist College (ABC) in 2009. He also received

numerous honors at ABC including a Tom Joyner Scholarship and was invited back as the Distinguished Alumni Speaker for the Year. He eventually joined Monique at Vanderbilt Divinity School where in 2012 he earned a Masters of Divinity Degree with a graduate certificate from the Kelly Miller Institute of Black Church Studies. While at Vanderbilt, he organized tutoring programs for Metro Nashville Public Schools, conducted youth counseling for persons dealing with violence in their schools and communities, and volunteered at the Riverbend Maximum Security Prison. After graduation he worked in numerous capacities for the Metro Nashville Public School system working to provide restorative justice for students and families.

As Bre and Monique were both graduating from Vanderbilt, one of his greatest accomplishments was having his children in their home full-time. His happiness was ever present and shown as he cooked meals, drove them around, and their home served as the perpetual sleepover spot. While skilled in co-parenting, he thrived as a parent for his own children and his nieces, nephews, cousins, and any neighborhood child that needed nurturing. He loved kids—showing up to school activities, church functions, and anywhere there was a chance that he could offer his love and support. He required much from the children he interacted with because he knew they were capable of rising to our expectations.

Beyond his family and his pursuit of education, Eugene was also proud of being ordained into Christian ministry in 2013 at Jefferson Street. He brought glory to God with his obedience as he

served faithfully in numerous capacities in the church: as one of church Associate Ministers; co-director of Youth and Young Adult Ministry, co-director of Christian Education, and recently worked as the Director of Special Projects in Ministry under Senior Pastor Aaron X. Marble. Eugene had a servant’s heart and a leader’s vision as he was truly committed to bringing the peace of heaven to earth.

He made a difference to so many through his formal community organizing like helping North Nashville recover from the 2020 tornado destruction or his leadership with the Southern Christian Coalition spearheading campaigns for affordable healthcare expansion within the state of Tennessee. Most recently, he served as a Community Organizer for Nashville Organized for Action and Hope, where he worked on criminal justice reform, affordable housing, and to increase the state’s allocation of education funding. Eugene also worked tirelessly on voter registration efforts and led citywide leadership to empower citizens to leverage their vote. Whether professionally or personally, Eugene worked to build a better Nashville for all of us.

For those who knew him socially during his twenty-seven years as a member and leader within Phi Beta Sigma or through his twenty-nine year membership of the AF & AM Order, he will be remembered as the life of every party—always telling jokes. He loved music—listening to everything from Tupac to The Canton Spirituals to Bon Jovi. He enjoyed life, dressing well, and cigars as evident in his daily selfies showing off his hats or scarves with a cigar in his mouth. He loved his guns and was adamant about gun control and gun safety. He was a fierce supporter of women in ministry and all who were called and prepared for their craft.

Bre was serious, constantly striving to be the best version of himself; yet, he was playful, acknowledging with a joke when he got things wrong. He pushed himself and anyone he was around out of their comfort zones (he’s got us in a crowd of people with varying COVID anxieties) but always for the better. He offered advice, correction, motivation, and laughter. He took pride in his mother, children, and wife bragging to anyone who would listen. He was without question the best father, sibling, friend, and partner he could be (and when he wasn’t he tried again!)

To those of us who knew him best, he was the greatest support one could ever hope to have. He loved us deeply, unconditionally, and never wavered in his belief in us. He believed us into greatness. He was looking forward to the lessons he would share with his grandsons, Noah and Christopher and all our worlds are dimmer from his absence.

To order memorial trees or send flowers to the family in memory of Rev. James Eugene Se'Bree, please visit our flower store.