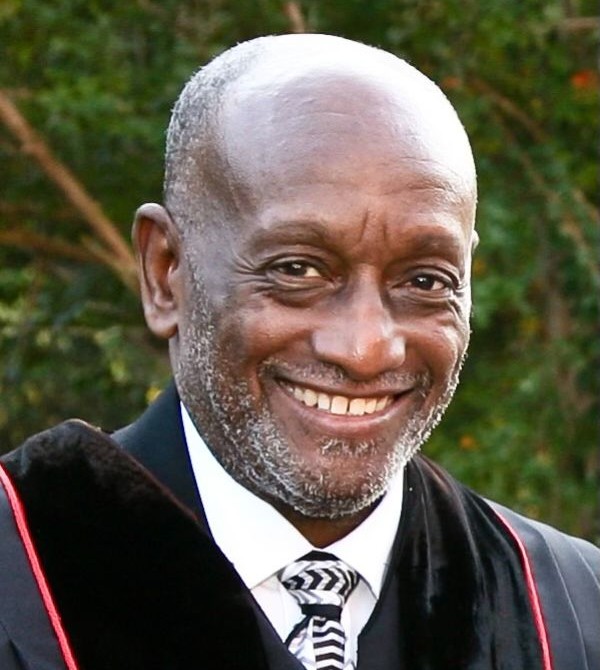 At 11:04 a.m. on  Friday , April 1, 2022, God desired another faithful servant to join him in Heaven. He whispered to Reverend James Howard Stowe, Sr., your work here on Earth is done!  Upon hearing his Father’s voice, he happily joined his Heavenly family .

in Clarksville, Tennessee. James was educated in the Clarksville Montgomery school system, where he graduated  from Burt High-school. After graduating from high school, James enlisted in the Air Force until 1966. Upon returning home James enrolled in Austin Peay University completing their two year business program.

James was a lifetime member of the African Methodist Episcopal Church. James attended St. Peter’s A.M.E. Church in Clarksville ,Tennessee before moving to Greater Bethel A.M.E Church in Nashville, Tennessee. While attending Greater Bethel A.M.E. Church, Brenda R. Johnson caught his eye and heart. They were married on January 18, 1975. To their blessed union, three children were born, Melanie J Stowe-Robbins, James H. Stowe Jr & Derrick William Johnson Stowe; both wife and sons preceded him in death. Soon after his marriage,  James accepted his calling into the ministry. In 1979 Bishop Howard Thomas Primm ordained James Howard Stowe Sr. an itinerant deacon. In 1981 at Lee Chapel A.M.E. Church Bishop William Franklin Ball Sr. ordained James Howard Stowe Sr. an  Itinerant Elder of the church. As a ministry in the A.M.E. he served in both the Tennessee & Kentucky Conference. In the Tennessee conference he was the pastor of St.Paul AMEC,Nashville; Trinity AMEC, Nashville; and St. Luke AMEC,Gallatin. During the conference year of 1993 James was transferred to the Kentucky Conference where he served the people of St. Paul AMEC Lexington, Kentucky: Bethel AMEC, Shelbyville, KY; and Wayman Chapel AMEC, Georgetown, KY, until his retirement in 2014.

While ministering in the Kentucky Conference of the A.M.E church he lost his sweet wife Brenda J Stowe (2006). Even though Reverend Stowe Sr. life changed he never complained but enjoyed what God had in store for him. While attending church at St. John of Frankfort he met Dr. Mary Levi Smith. They were married in October 2006.Their lovely union ended in November 2020 when the Lord called Dr. Mary Levi Smith-Stowe to her heavenly home. Despite the adversity of life, Reverend Stowe continued to encourage others to be joyful, never stop praying and give thanks in all circumstances!

Today, we are grateful to have family (extended family members) and friends to celebrate and honor the life of the Reverend James Howard Stowe Sr.

To order memorial trees or send flowers to the family in memory of Rev. James Howard Stowe, Sr., please visit our flower store.